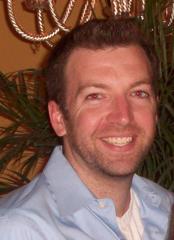 Growing up in Maplewood, NJ, Mike started playing baseball at a young age. In a town filled with diamonds, it was easy to find him on the weekends playing catch or hitting with his father. He is a product of Columbia High School’s class of ’97, he went on to continue his baseball career at Rutgers University-Newark campus as a starter/reliever for the Scarlet Raiders from 1997-2002. Since 2001 has been active in the NJ men’s adult leagues with an impressive 6 championships, 1 league MVP and a number of uniforms (Bloomfield Cardinals, Kearny Rangers, Bergen Barons, Middlesex Reds, Essex Clippers, Jersey City Jayz and NJ Bulldogs) to his credit.

Mike stopped playing after the Spring 2011 season, to be home with his 20 month old son. He has moved onto a smaller diamond these days, playing locally in the Middletown Men’s Softball League and Skyline Sports Co-Ed Softball league in NYC. The NJABL has become a passion and a dream, and the vision is to deliver the best overall experience possible to those who also love playing baseball on the weekends.

In addition to baseball, he now finds a passion in running and completed his first NYC Marathon in Nov 2011. As a father of two, he hopes to instill a love for the game, and have his kids around the ballfields regularly.

Growing up in Lodi NJ, Tim played baseball at a young age and when he went to high school focused on wrestling and stopped playing baseball.  After graduating from Lodi High School in 1996, he missed playing baseball and in 2001 decided to return to with the Bergen A’s. Tim felt running a team was more of a route that would suit his preference and started the NJ Bulldogs in fall of 2002.  Since the inception of the Bulldogs, he has a managerial career of 264 Wins, 7 Championships and 4 Manager of the Year Awards.

During his 15 years of playing and managing in adult baseball leagues, Tim learned what is expected from the players to have a successful league. Along with all the stats and awards, the most important trait from years of experience is how hard he will work for the players and managers in all levels of play. 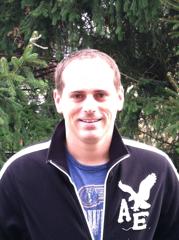