The New Jersey Amateur Baseball League prides itself in delivering a league built by players for players. Our League Council is made up of talented, respected players who have the quality of the league in their best interest. These individuals will vote and have ability to represent the players with all league decisions from rule changes to All Star balloting. They offer an unbiased opinion to league structure and quality of play. We hope to have a total of 6 in place for the start of the season 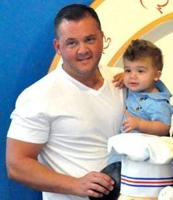 Originally from Hawthorne NJ, Pat grew up and continued playing Football, Basketball and Baseball at Hawthorne High School graduating in 92’.  Pat received 7 Varsity letters, with All-League and All-County recognition in all three sports but excelled in Baseball.  He was 1st Team:  All-League (BPSL), County (Passaic), Area (Bergen, Passaic, and Essex), Shopper News Player of the Year, All-Ridgewood News, All-State Group (I) and 3rd Team Associated Press (AP) All-State, all as a Catcher.  He was also selected to play in the NJ High School All-Star Game at Princeton.  Pat made a choice not consistent with his baseball opportunities and enlisted in the US Marines to fulfill another dream.

After the Marines, Pat came home in 1997 and started playing again in the MET League, North Jersey Majors and Bergen Stan Musial but with job commitments like most in 2001 he moved to a “Sunday League” always playing at their highest level.  Pat is currently the All-Time Hits, RBI’s, Doubles, Total Bases and Walks leader.  He is #2 in Home Runs with 62 over the past 12 seasons on Sundays.

Pat still plays and plans to until he is at least 40.  He is also a member of the Bergen County Umpires Association Umpiring Varsity Baseball and a member IAABO Board #168 Refereeing High School Basketball.   Pat has been married for 9 years and has two children and resides in Rockaway NJ. 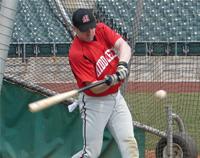 Growing up in Maplewood, NJ , Jesse played baseball and football for Columbia High School graduating in 99’.  Jesse received All-State Group 4 and All-County recognition in his junior and senior years for baseball.  He was also awarded American Legion Player of the Year in Essex County in 1999.

After high school, Jesse played for jersey shore powerhouse Brookdale Community College where they lead the nation in hitting the two years he attended.  He received All-Conference awards in 2000 and 2001 for the Jersey Blues.  In the summer of 2001, he played outfield for the Plainfield Pilots in the Atlantic Collegiate Baseball League where he earned All-Star honors playing at Shea Stadium and sharing a roster spot with now Boston Red Sox shortstop Mike Aviles.  He attended St. Francis College his final two years of school on a full athletic scholarship and led the Terriers to the NEC final four in 2002 and 2003.

Jesse plans to play until he is at least 60.  He has played in amateur leagues since 2004 and maintains a .745 slugging percentage to this day.