A little about Jack DiSalvo:

Growing up in New Jersey, Jack DiSalvo, or better known by his players as Coach “D", quickly realized his passion for coaching and mentoring student athletes was his life calling. Jack began his career at Paterson Catholic and spent the next 35 years as a public school educator, baseball and football coach, and retired as the Vice Principal of Hawthorne High School in 2004. Coach D’s tremendous coaching and mentoring abilities on and off the field lead to a career record of 459 wins and 257 losses (.786), accompanied by multiple honors including induction to the New Jersey Coaches Hall of Fame in 1996, winning 9 League State Championships, 9 Coach of the Year awards and co-authoring a book entitled College Admissions for the High School Athlete.

He is considered and remembered as one of the greatest coaches in New Jersey history and our foundation preserves his legacy while passing along the principles he stood for to a new generation of student athletes and children in need. 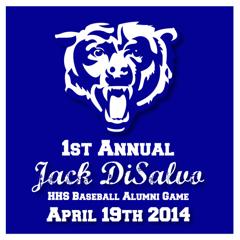