Building the Most Exciting Amateur League in State History

The New Jersey Amateur Baseball League is now accepting teams and free agents for its 2014 season. Whether you prefer playing wood or metal, the league has the skill level appropriate for you/your team, and are looking to build on an amazing inaugural season that saw 66 teams compete.

The league offers Amateur, Intermediate and Premiere Wood levels, and are working to deliver a Metal and Amateur Metal this year, which enables them to meet all their teams needs. Leagues are broken into divisions of play, which enable teams to remain within a certain driving distance on gamedays.

In 2014, the league is making drastic improvements on an already sound model of excellence. With a new agreement with the Somerset Patriots, the league will host roughly 16 games at TD Bank Ballpark, including All-Star Games, Opening Day and North/South Championship games. Their partnership with Akadema will deliver top deals for equipment from a NJ based company, making this a baseball venture many are calling to be part of.

We are proud of our achievements in year 1, but we aren't comfortable. We want to continue to push the bar, establishing the most competitive, fun and unique amateur league in state history. 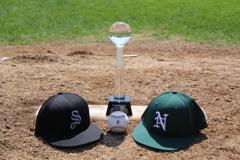 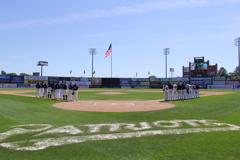 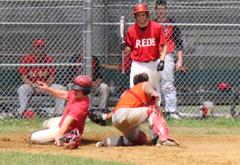